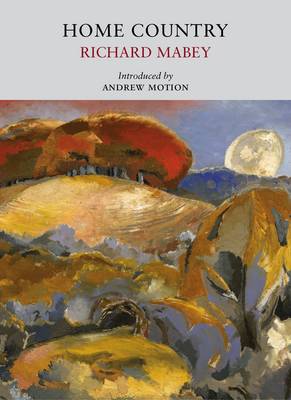 “The Chilterns: that great chalk enscarpment of southern England, studded with beechwood, intercut with motorways and the sprawling suburbs of London. This is where Richard Mabey grew up and spent most of his adult life. It was his laboratory, a place that has left an indelibe mark on his writing. But how did this landscape shape Britain’s most popular nature writer? How has it influenced his understanding of the natural world? Home Country is a memoir told on ridgeway and in beechwood, from the childhood dens built in the grounds of a derelict mansion and his dogged searches for lapwing nests, through his explorations in the fringes of outer London, to the rediscovery of his roots in the Chilterns when he became responsible for a 16-acre woodland of his own. Like Richard Mabey’s Nature Cure (2005) and Beechcomings (2007), it is a journey defined by its proximity to nature. It is also a vision that does not suppose humans are masters, or even stewards of nature, but partners in a colourful and rowdy striving for life.”